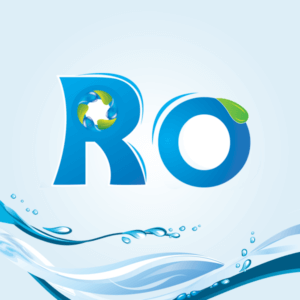 Reverse osmosis is one of the most widely used methods of separation, which has many applications. Sewage sweetening, the separation of organic and toxic substances from industrial wastewater are two of the most important uses of this technology. Reverse osmosis is one of the main methods of sweetening water along with methods such as distillation, electrodialysis, no ionization, and … used in laboratory, urban and industrial scale.

The history of the use of reverse osmosis techniques dates back to the 1950s, when experiments were carried out by Reed and Burton at the University of Florida, and the first reverse osmosis membrane was made of acetate cellulose, and in the late 1960s this phenomenon was commercially used .

The osmotic property is referred to as passing a solvent from the dilute solution to the concentrated solution portion from within a semi-permeable membrane. To illustrate this feature, consider the following figure representing a container containing two parts and a membrane. Water or a dilute solution of salt water in one portion, a concentrated solution of brine in the other part and a membrane that allows only water molecules to pass through. The membrane prevents the passage of salt ions due to its large size.

Osmotic pressure causes balance in two parts. However, if a pressure above osmotic pressure enters a thick solution, a photo of the osmotic phenomenon occurs, that is, water molecules flow from the thicker solution to the more dilute solution. This phenomenon is called reverse osmosis.